The roots of working in Asia were laid out in 80’s, when Heike Vetter moved in young age to Bangkok and worked for a newly established Company, trading with ceramics.

During those days, there were neither cell phones nor other modern communication in use. Thailand and South East Asia just were to become awake and the later Tigers that time were mainly cats.

Impressed by the skills of the craftsman, passionate about nature and its elements, the foundation for Saveri was laid out. 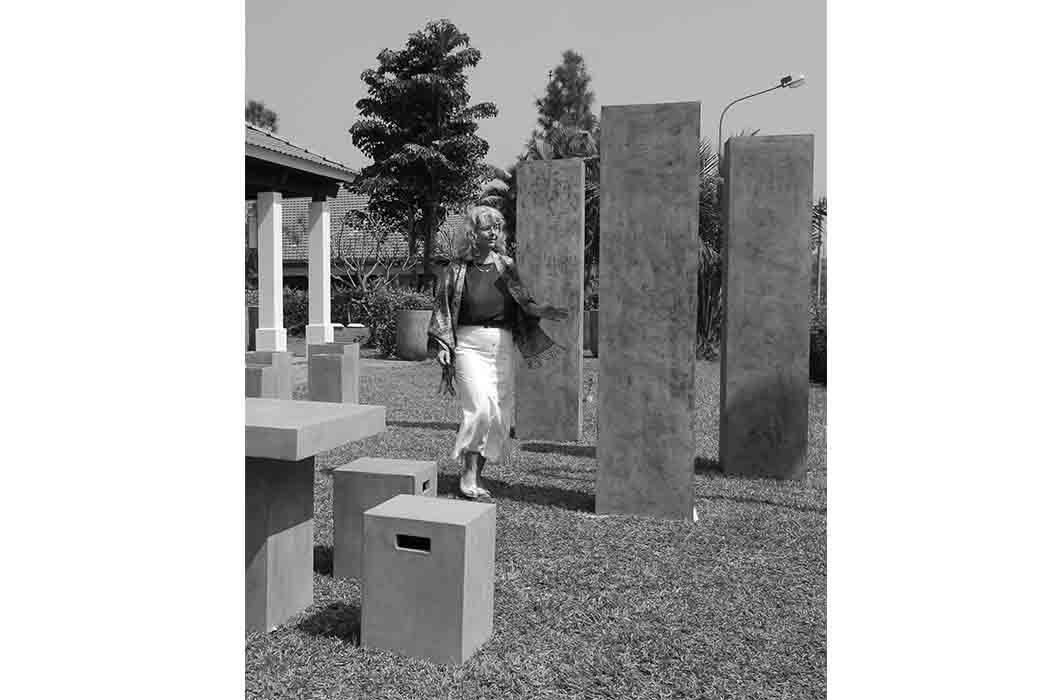 2004 Saveri Home & Garden was established in Vietnam. Passionate about the nature, using clay to turn ideas into innovative creations, a new element came into play. CONCRETE

Inspired by the expression of concrete Heike thought:  Why not bring this constructive material into living spaces?  A radical thinking! Concrete furniture, in common taste, had no place in living areas. Using the material to create a flow between indoor and outdoor living spaces, breaking the traditional lines that divide the living zones. That was the start of Saveri.

Insisting that concrete will attract customer, the goal was to find a concrete composition which was lighter, stands all weather and is highly environmental friendly. In a try and error process MARECO TM was developed and the workshop was set up.

A range of planter and small tables were displayed the first time at SPGOGA/GAFA 2005. The plant container surprised the audience by their light weight, truly an innovation that time, when most of the planter were heavy Stoneware and Terra Cotta.

Keeping the authentically Saveri design, which is defined by timeless and clean shapes the Dessau collection impressed through its reduced design, the outstanding haptic, the individual expression of the material and the innovative style.

A homage to the strong soberness of Bauhaus’ avant-garde classic modern school of architecture is the Belga table.

SaVeri's Mareco Planters at the Championships, Wimbeldon 2008. Mareco's cool sophistication worked perfectly with the modern steel and glass railings of The All England Club.

Constant innovation and attention to the detail, brought out the new SOHO collection. Combining the clean concrete with stainless steel.

With the values brought to the task – determination, perseverance, self-reliance, flexibility and openness to new ideas  -  Saveri is growing naturally year by year and became a brand in the industry.

In the course of further internationalization, Saveri Singapore Pte was founded.  Marketing and sales were moved to Singapore to manage the further global grow.

Discovering Indonesia as a neighbor country, the beauty and expression of reclaimed teak brought a new design approach. The Kaba table was created.

German film maker and photographer came to Singapore and Vietnam and the first Saveri videos were launched online.

Saveri is celebrating it's 10th Anniversary with over 100 employees in Saigon. Every single one of them is putting his passion into each piece of handmade furniture. As a commitment to the European market, the new warehouse in Germany is opened.

The production space enlarged 10 folds and in 2015 the 4th Mezzanine was built.

Using constructive material, reinforcement steel mesh was given a new function. Turning the rough steel into a shiny slim copper table frame, the Mesh Link collection was born. Playing with the contrast and tension of copper and concrete, the new Mix and Match of style and material was displayed at Spoga in 2015.

The highlight of 2016 was the new stand at Gafa. On 186 sqm Saveri showed an extensive range of furniture.